Vinay Kumar Sankarapu, Founder & CEO and Deekshith Marla, Founder & CTO
The talk of Artificial Intelligence (AI) taking over the humankind has been there for quite a long time, but hasn’t really materialized into anything substantial. Many companies in the previous and the ongoing decade have tried and subsequently failed at indulging positively with Artificial Intelligence (AI). There lies a genuine case for Hype vs Reality. However, one company that stands out in the rubble is Arya.ai. The firm has set its belief on AI that can help humans solve complex problems at a quicker pace. It strives to “give strategic uphold by enabling the enterprises to adapt to complex Deep Learning systems.”

The firm has an enormous understanding of the current digital era and the complexities with regards to AI. Vinay Kumar Sankarapu, Founder & CEO, Arya.ai remarks, “Everybody wants to use AI but the problem is the complexities of the process.” Arya works towards overcoming the complexities and simplifying the process of building AI to an extent where it can be used to build the next generation products to solve the most complicated problems. Arya.ai is taking over redundant tasks of enterprises including threat detection, fraud detection, process automation, and analysis of data while keeping their focus on Deep Learning. The firm introduced its VEGA Deep Learning platform to the world when AI was still in its nascent stage. Specifying the reason behind introducing VEGA, Sankarapu says, “Every organization won’t be able to start its own AI system. We believed that VEGA had a lot of potential and we invested in terms of building its ability to simplify and enhance.”

VEGA is a work bench for Deep Learning. It is an enterprise designed for researchers and data scientists to build and deploy Deep Learning algorithms at scale, and manage it.

Arya empowers its customers with a quintessential work bench, which enables companies to optimize Deep Learning for running their businesses successfully

An end-to-end platform, VEGA simplifies complex AI processes enabling developers and enterprises to focus on core product features. It would be ironical if a platform claiming to simplify processes was itself complex to use, but thankfully it isn’t. VEGA helps creating complex architectures in Braid through coding or by using drag and drop feature, in a jiffy. VEGA can be integrated with multiple data platforms and can ingest live data and learn continually through feedback loops at defined frequency. The platform solves end-to-end Deep Learning product journey from building a neural network to production system design. It thus helps reduce the complexity of managing excessive tools and time required to deploy into production. Arya.ai chiefly working in the Banking, Insurance, and Manufacturing sectors, has plenty of use cases that speak volumes for its presence in the industry. The use cases vary from Predictive Analysis to Intelligent Automation. One of them being, Claims Processing in health insurance. Processing health claims needs huge operational investments and takes considerable time to release or accept the claim. Arya.ai working with leading insurance players deploys a Man + machine ecosystem around ‘VEGA’ to increase the efficiency of the performance, reduce the errors, and track frauds.

VEGA, with features like agility, flexibility, control, reliability, collaborative modelling, and multi-functionality can jump-start an enterprise, build the architecture, and quickly build the applications. Arya empowers its customers with a quintessential work bench, which enables companies to optimize Deep Learning for running their businesses successfully.

Owing to its capable AI-powered offerings, Arya.ai has been featured in Forbes Asia 30 under 30 - Technology list. Assisted by a team mainly consisting of researchers and product engineers, Arya has firmly placed its focus on ‘Deep Learning and solving the democratization problem for large audience’. Going forward, Arya plans to invest in optimizing the computing architectures in new hardware platforms. The firm also looks forward to keep investing in Research & Development and gather a core team of researchers, mathematicians, and computing experts to find better and optimal ways of building advanced AI products. 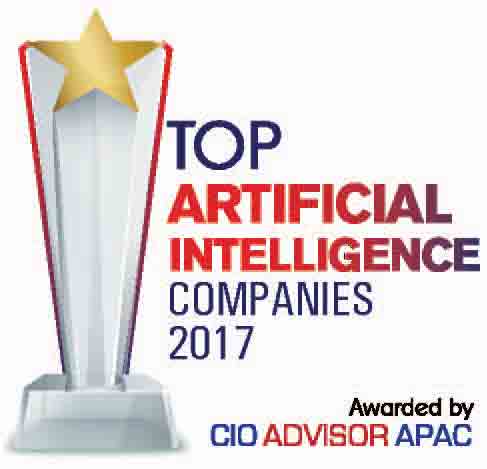